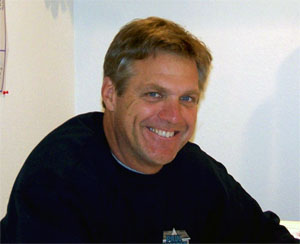 Paul Snearer, owner of Snearer Construction Inc., has been a builder on the Outer Banks for over 30 years. Paul has helped families turn their dreams into reality. Never interested in becoming a large company constructing multiple homes, Paul has concentrated on building one or two houses at a time with his picked crew of artisans and his keen eye for design, detail and finished product.

"Quality is really important to me," Paul says. "I never wanted to get so big that I would lose that one on one relationship with my customers. On every job I am the supervisor from start to end. I don't farm anything out. I know who the gifted tradesmen are and who's not."

Because Paul is personally involved in every project, homeowners can be assured that the house Paul Snearer Construction is building will be finished on time, on budget and be the home of their dreams.

With his years of experience building homes on the Outer Banks, Paul has become a one stop resource for all of the homeowners needs. Working with his staff, Paul can often have a preliminary sketch of a house ready for the client at the end of their first meeting.

Because he knows local businesses and trades people as well as he does, Paul is able to give his customers an accurate, first estimate and keep the project's costs in line. "I work with cost-control minded people," he says.

Snearer Construction also works on existing homes. "We do a lot of remodel and repair," Paul says. "It's the same principle. It starts with good strong communications with your customer. If you do that, you never hear complaints about cost."

It's not just Paul singing the praises of his own company. Former clients also step forward to commend him on his work. Jim Baran of Pittsburgh, Pennsylvania and Southern Shores is quick to offer a compliment. "I had a house built by Paul in 2001," he says. "Not only does he do it well, he does it right. He does a beautiful job. You can trust him."

From start to finish, Paul Snearer is part of every project and when the job is completed, he is on hand to make sure that it meets his standards. "I have to satisfy myself, too," he says. "Not just the customer. When I walk in the house the day they move in, I have to say to myself, 'I wouldn't mind living here'."

Paul Snearer did not come to the Outer Banks to be one of the finest general contractors and builders on the beach.

Growing up in Virginia, he made regular trips to the area and after high school he moved to the Outer Banks for three simple reasons: the surfing, the hunting, and the fishing. He needed to earn a living, so he worked with what he knew best. "Carpentry comes naturally to me," Paul notes.

As he worked on more and more projects, he began to realize that he was really enjoying himself. "I love this business," is how he puts it. In 1983, after just four years as a carpenter, a young Paul Snearer became a licensed builder. "I was licensed when I was just 22," Paul says. "Not many people have done it as long as I have. I guess you could say I've evolved with the beach," he adds.

Perhaps most importantly, Paul continues building houses to the same exacting standards he established 25 years ago. "I'm a very competitive person," he observes. "I want to build the best possible house I can every time."